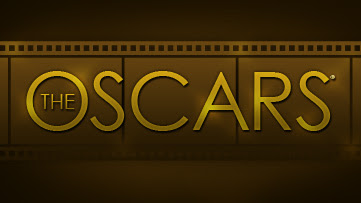 Getting past the headlines of Oscar nominations, I'd like to turn focus upon the categories I feel are more interesting and (more importantly) less influenced by the millions spent on 'consideration' campaigns: Best Sound Editing and Best Sound Mixing.

When I looked at the Editing and Mixing lists, I felt like each film deserved to be on it, but what I didn't expect was to personally know so many of the nominees. I guess the more I work in this business, the more I acquaint myself and work with some super-stud sound people. Some of them have been my sound heroes for a long time, and some I can truthfully call friends.

I don't know him, and I haven't worked with him... yet. For lack of a better pun, he's pretty much the "King" of sound in LA.

This movie has a front-runner presence on this list. I went to a sound-show a couple months ago highlighting the sound editing and music editing for this film. Very impressive.

I know these guys through my times working up north at Skywalker Sound. Ironically (notice the use of the word "iron" there), both Frank and Chris were in talks to sound supervise "Hoodwinked" before Tom Myers came on. This is Frank's 1st nomination, and Chris's 11th. Chris has won 4 times, and he's a motorcycle rider, so I have to give him a good chance here.

Don't know these guys, but they are riding an excellent wave of goodwill the academy feels towards this film. They could surprise us with a darkhorse victory.

Both friends through Skywalker. Ben is the most influential sound designer of the age, being the creator of all of the Star Wars sound effects including R2-D2, lightsabers, you name it. I could write a 900 page blog about him and still not cover his accomplishments or his love for the study of film sound.

He's still at it and with his latest feat, Wall-E. He not only sound designed it, but he also created the voice for the lead character. His and Matt's attention to detail here are unprecedented, especially considering the movie being largely sound effects laden. I give Wall-E a huge chance in this category.

I haven't seen it, but it reviewed well, and pretty much anything Wylie does, gets the Academy's attention. I don't expect it to beat out The Dark Knight, or Wall-E, but you never know.

I only know Michael from waiting in line for lunch at Skywalker, but he's an excellent mixer with a ginormous resume. Whatever he works on sounds awesome. Oscar certainly loves Benjamin Button, so this one could ride that wave.

Gary has become a good friend of mine since he was a mixer on "Hoodwinked". He and Lora also mixed "Batman Begins". I have high expectations that this will be a front-runner in this category as well. As much as I like the sound editing on this picture, I like the mixing more.

Again, the academy loves darkhorse nominees sometimes, and in this category, this qualifies. Anything can happen. Plus, with a name like Pookutty, how can you go wrong?

Tom was sound supervisor and another mixer on "Hoodwinked", and through the experience of working with him, he became a good friend to me, bestowing all sorts of great advice and encouragement. His work has been overlooked too many times by the academy, and I'm so happy for him. He rounds out an amazing team including Ben and Michael. This is my other front-runner choice in this category. (BTW - Tom is a madman on the racquetball court. Take him on at your own peril.)

I don't see this film competing against the favorites here, but again, there are no locks!

This year's categories are chock-full of amazing work. It will be interesting. What's your take? Who will emerge as the winners?

Posted by Mark Keefer on Wednesday, January 28, 2009 No comments:

Too many things have happened since my last real entry, so I’ll just try to do a bit of catch-up work, and then I‘ll get back to blogging in my semi-regular way. 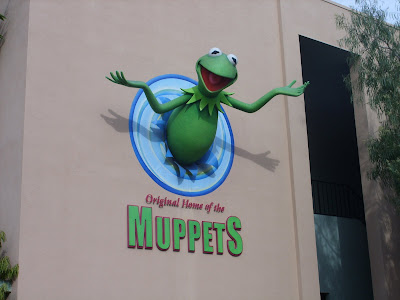 In November, I started a new job. I’m a picture editor at Jim Henson Co. Above is the building I'm working in now. I admit it's pretty cool to be working for the company founded by the man who created the Muppets!

This is a departure career-wise for me, because I’ve been strictly in sound for so long, but I’ve enjoyed the change and the challenge of it. I still cut sound effects for my storyboard reels, so that’s keeping me sharp in that arena.

The show is for pre-school age kids and very cute. It’s called “Dinosaur Train”, which will debut Labor Day week on PBS this year. It’s CG animation and sort of new territory for Henson Co, but so far so good. As soon as I’m allowed, I’ll post some images from the show.

One of my goodest friends in LA, Dan Molina also joined the crew at the beginning of this year, so it has become that much more fun to go to work. He is a seasoned film and sound editor, whom I have already told that I will unapologetically steal as many ideas and tricks of the trade from.

I am sure I’ll so more sound work in the future, either at WB or Skywalker Sound, both of which have been very good to me in the past but I’m just going to ride this wave while it’s here. Jobs in the film industry aren’t necessarily abundant right now, so I’m happy to have this one.

One major downside of this gig is that now I’m driving all the way into Hollywood. My commute just grew by about 1 million cars. I go less crazy when I commute on my motorcycle, but I also have more road-raged drivers to worry about.

BTW, in case you haven’t visited, Hollywood is anything but glamorous.

We stayed home for Christmas and New Years. I’m sure I don’t need to explain how nice it is to be home for the holidays. 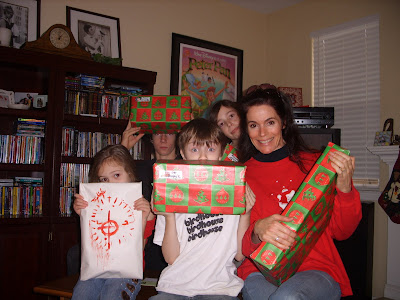 We went to Travel Town in Griffith Park for our friend Elliot Edwards’ 2nd birthday party. 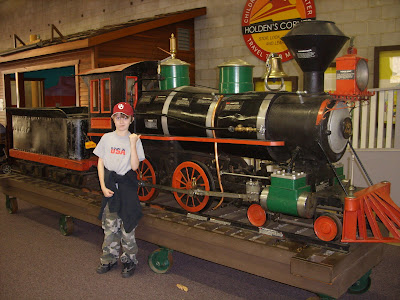 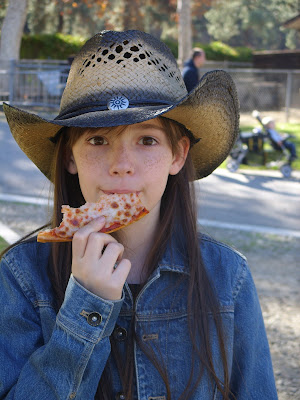 Last week we we're in Oklahoma for my Grandmother Esther’s Memorial service. We were finally able to bring her to her final resting place alongside her husband Lester. Esther and Lester are finally reunited after so many years. I know they’re having a great time together.

The other night, McKenna our 10 year old, had a dream about Esther running around a playing with our family. I know she was given a picture of the future when we’re all together in heaven. That’ll be a sight!

Coming soon:
I’ll be back with more industry/editing related stuff soon. I’ll take you along with me on that adventure, sharing Final Cut Pro tricks and insights on editing as I discover them.

I’ll give you some glimpses of the Henson lot as well. The history is amazing, since it used to be the Charlie Chapman lot.

Plus, I’ll share with you my favorite addictive podcast.

This delay has been longer than I thought I would take, but I'm gearing up for some new entries in the immediate future.