It's Never Too Late to Learn a New Skill

Well, today became the first day for me to be credited for my work in the Picture Editor category on television. Up to now, I have been in the sound departments for many animated TV shows on WB and Cartoon Network, like The Justice League, The Batman, Teen Titans, Duck Dodgers, etc, etc...
Though I have been cutting picture at my home studio for some time, I have never been credited for it on my IMDB or a TV credit roll until today. 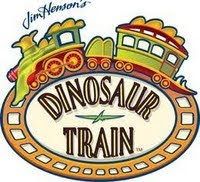 Dinosaur Train has been my first regular-full-time-picture editing gig, and though I was capable of the task, many times I felt inadequate in my experience level because previously, my career had centered on sound work.

My view is that the producers (mainly Sue Bea Montgomery) took a bit of a risk on me when they brought me on last November "to be the editor on this new kid's show that'll debut sometime WAY into next year" (today). She told me she was looking for an editor that could cut picture and sound. I fit that requirement, though I had no idea what 80 episodes of it would feel like.

Let's just say that I've come a long way in 10 months, and though I'm still not a picture editing guru, I have confidence in my work and feel like I can fit in on crews of either type.

I still have a love for film sound and designing sound for picture. I must add though, that I do enjoy the benefits of being editor too. Being 44, I never thought I'd have a passion for learning and implementing new stuff like this, but I absolutely thrive on it.

Do I wish for some of the cuts I've made to come back? Yep, but going forward I know what to look for and how to better communicate; not just with directors and producers, but also by using sound fx and visuals.

We're about 2/3 of the way there on completing this series, so there's even more time to grow along the way. When this is over, we'll see what comes my way for work, but at least my options are now doubled.

Let me encourage you to learn something new today. Something you've always been interested in or have lightly dabbled in. You never know, maybe someday someone will end up paying you to do it.

So proud of you! Have always loved your childlike openness to learning and new experiences. It's part of what makes sharing your life so fun!