Drumming For A Lifetime, pt.5 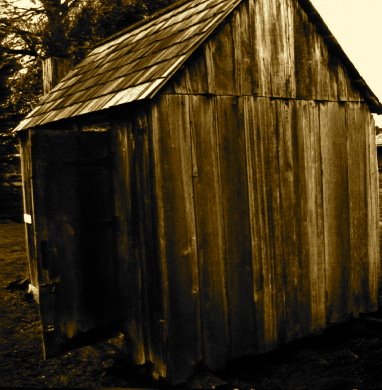 Despite the focus on a sound design career and that silly "making a living" stuff, I have tried to keep my inner-drummer happy throughout the years. Since moving to LA, I've been fortunate to have several gigs and the occasional recording session.

For the last few months, the drummer in me has been screaming to get more slack in the leash. Luckily, I have a few cool playing opportunities coming up in the next couple of months.

In December, I will be reuniting for a couple of nights with a Dallas based band I played with several years ago. The band's name was The Calling. You can hear a few of the songs we recorded here. Some of the drum parts are a challenge, thus the bunker-down in the woodshed to get ready. (actually, it looks more like a small isolation booth in my studio)

When I played with The Calling, it was an era when I probably used "too many notes", as I criticized in my last "Drumming For A Lifetime" installment, but hey, it is what it is - and the music is fun to play, so I'll deal with it.
Posted by Mark Keefer on Thursday, November 02, 2006

Email ThisBlogThis!Share to TwitterShare to FacebookShare to Pinterest
Labels: Drumming, Drumming For A Lifetime Series, the Calling

"a UNT Drum Lab monster in the form of Mark Keefer..." haha I found that line on thecalling myspace band page.

Anyway... have fun woodshedding and reuniting with the band for those couple of nights. Good times! Good times!!

I saw that. I didn't write that BTW, one of the other band members did. I woulda said ultra-monster, but that's just my humility talking.