Western Mania, and Some Other Things to Talk About 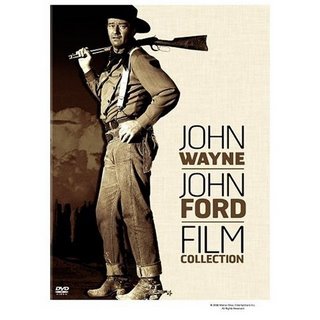 I've always liked westerns, but I'm becoming a western junkie. I've been lapping up all the John Ford/John Wayne classics lately. Chana bought the collection for me for Father's Day. I had picked up "The Magnificent Seven", a John Sturges film, a few months ago, and that kicked off my renewed craze.

Watching these Ford films is teaching me that there has still been no equal to Wayne. (Clint Eastwood and Sam Elliott are great runners-up, but still no Duke) 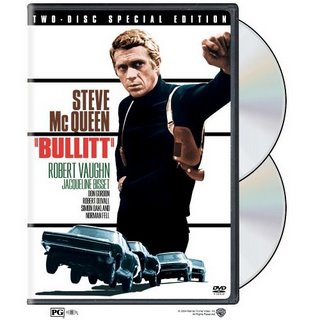 Steve McQueen is one of the stars of "The Magnificent Seven", and I thought I'd check out some of his other acclaimed work. "Bullitt" has become a favorite. It is the film with the famous car chase through San Francisco.

Chana and I watched the car chase again last night, and I marveled how the scene was riveting through and through, and not ONE special effect was used. Just juicy car footage and gutsy editing.

Another fun part of "Bullitt" is that the style is very reminiscent of Soderbergh's "Ocean's 11". (haven't seen "12") The music, the graphic opening title stylings and a few other factors of "Bullitt" reminded me so much of "Ocean's 11". It made me wonder if Soderbergh studied "Bullitt" and other films of that era to capture the feel of them for his film. 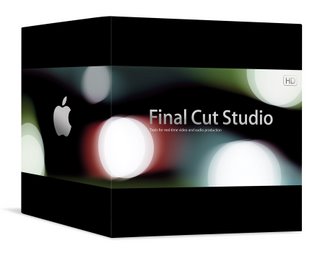 My new Mac Book Pro 17" (more on this beauty later) 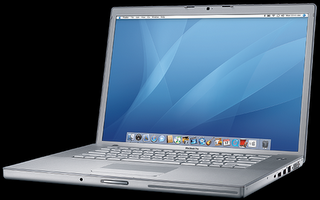 Time off from Warner Bros means I'm trying to use my time wisely and hone some picture editing skills. It's been a treat to actually have some time to invest in cutting picture. I'm actually doing a few projects right now (for pay even!). I've always wanted to cut picture on a regular basis. Well, at the moment I'm definitely getting my chance to focus on it totally.
Posted by Mark Keefer on Friday, June 30, 2006