Drumming For A Lifetime, pt. 2

The Three Levels of Musicianship

I received a music degree from North Texas State (now known as The Universiy of North Texas). It's a pretty acclaimed school for music, so while I attended, we enjoyed a lot of super-stud artists coming in for clinics and such. 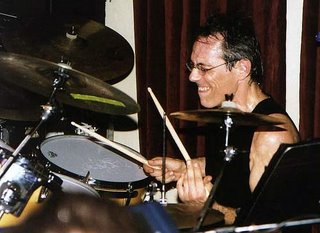 Vinnie Colaiuta, the master. He most likely has had more influence on me than any other drummer. 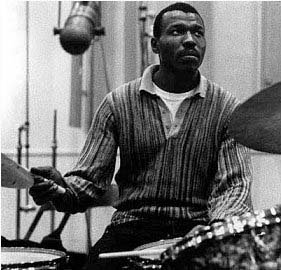 Elvin Jones, who passed on in 2004, was an incredibly innovative and smooth player. He also sweat more than a human should. He covered me in sweat when I met him at NT, but I still haven't washed since.


Vinnie Colaiuta, Dave Weckl, Steve Smith, and Elvin Jones were among the monumental drummers that came. They often shared things that have stuck with me through the years. Dom Famularo, a gifted teacher from New York, came through one year and something he said has long since been important to my approach in drumming and any other creative device I pick up. (be it music or editing related)

Dom said there are Three Levels of Musicianship. And as I'm going strictly by memory, I'll paraphrase. And this will be communicated as applied to drummers:

(I think it's important to state that this can be applied to any/all instruments, or even all areas of the arts/entertainment world)

The moment you pick up a pair of sticks and start playing the drums, you ARE a drummer. This doesn't mean you're accomplished or even good yet, but by simply starting to play you've entered the marvelous world of drumming.

You have reached this level when you can discuss the craft intelligently with other musicians. You can communicate in musical terms that others understand, and you understand when they communicate back. Naturally, your skill will have improved by the time you reach this level as well, but that's not really the point. The main point here is that you understand and speak the language of music.

I believe that the jump from Level 1 to Level 2 can be a relatively quick one, depending on the person, and I've found that this is the level that most players stay in for the duration of their career. Good, solid, accomplished musicians.

I also think that complete musical fulfillment can be found here, and those who do not move on to Level 3 are not necessarily lesser musicians.

This level is reached by pushing your craft forward and bringing to it new ideas and innovations. You have contributed to the world of music around you a fresh approach or style. Your playing style becomes emulated, copied, or just plain ripped-off, and your influence (whether from your recordings or your educating) has a ripple effect throughout your industry or particular genre.

I feel that this is the cream of the crop. This is the player that moves you, influences you, and inspires you to be a better player - (or give up your instrument.) :) I also think that many "artists" do not stay at this level ALL the time. Many of them fluctuate between Level 2 and 3, running in seasons.

Remember this however:
True artistry is usually NOTICED during the mountain top appearances, but it is only possible BECAUSE of your work in the trenches. 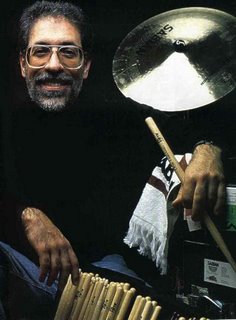 Dom Famularo is possibly the most enthusiastic drum instructor there is.


As for me, I don't know if I've ever reached the third level in my 27 years of drumming. Briefly at times, maybe. What I do know, is that I've definitely felt the elation and joy of "magical" moments that occur while playing with other great players. Those moments are fulfilling and satisfying, and they can literally change your life and give you a focus you knew nothing about. I think that that type of fulfillment is a gift from God. I find it in music. Some find it in writing, some in dance, sports, etc. Where do you find it?
Posted by Mark Keefer on Tuesday, May 16, 2006

Good stuff. Being in LA, you should look up Freddy Grubber. Great teacher to the stars.

Yeah, isn't he the jazz monster Neil Peart studied with to re-invent himself? He's another great influence on the world of drumming. That's saying something - when you're influencing the influencers like Grubber is!

Yeah, he did help Neil Peart out. Steve Smith took some major strides as well, he still studies with him and lays a lot of Freddy's concepts out on his new instructional video. Ian Wallace, a guy I used to take lessons from in Nashville now lives in and LA teaches Grubber's stuff too. Keltner & Erskine have also studied with him. Pretty amazing list!

Those instructional videos are all so stuffy though, you should do a cool one.

didn't know vinnie was a christian until i followed the link to his site. muy cool.