Another Visit to the Hollywood Surreal

The Daytime Emmy's - Creative Arts Awards show was last night. It was our fourth time to attend, and my third win. This year, our team won in the category "Outstanding Achievement in Sound Editing - Live Action and Animation" for the Kids WB show, "The Batman".

It is a surreal moment when you are recognized for achievements on such a visible stage. The funny (and great) thing about it is that when you get home, the kids say "cool", and then want a book read to them, or some yogurt, or you to jump on the trampoline, etc.

The point is, it's nice to get nominated, nicer to win, but nicest to just be everyday Dad and Mom to some great kids who don't really care if you've won any awards. They just want US!

All of that said, we did take our wardrobe serious, as Chana had a killer new dress to showoff. 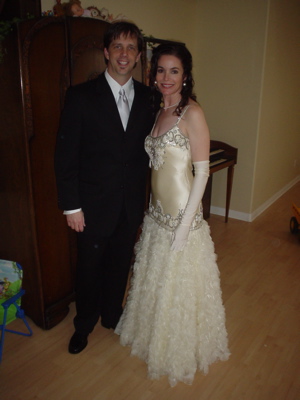 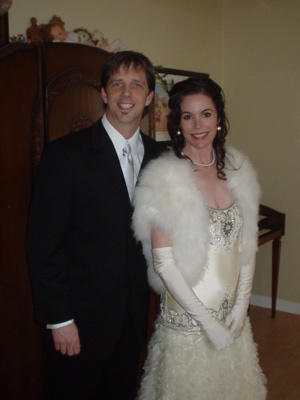 This is Chana with her friend Gina (another homeschooling mom). Her husband Paul was nominated for his camera work on The Ellen DeGeneres Show. This is before we went inside for the show. This is me with producer Ron Myrick. He was nominated for his show "Baby Looney Tunes". He was also the producer for the great animated shows "Ozzy and Drix" and "Static Shock". He is currently producing "Loonatics Unleashed". I really enjoy working with him. 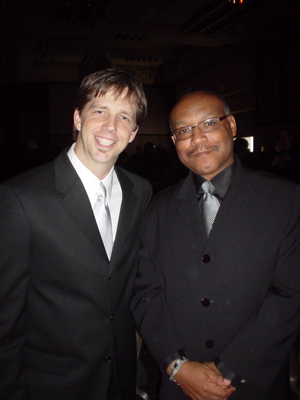 We were the first award of the night. Here's a long distance shot Chana took from our table in the corner. I'm the blurry one. (Hey, at least we were the closest to the door!) 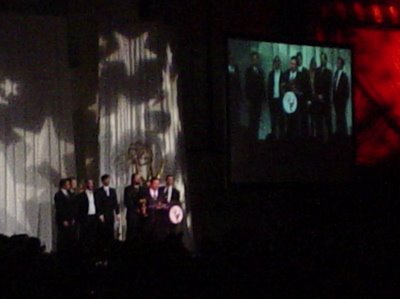 This is us after the show with the statue (big one and little one). Here's an interesting history (it's short) of the Emmy statue. 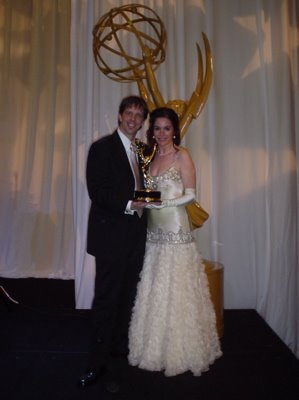 Almost as cool as seeing sharks in Vegas.

What's so weird about card sharks in Vegas? Ohhh, those kind of sharks. I saw them on your blog - very scary!

Awesome! Congrats on the all of that. Have a great trip to Spain...