One Night With A Rock Star 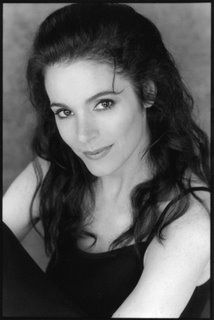 My wife Chana, (yes that's really my wife, and don't ask how I fooled her into marrying me - that's not the point here ..... she's hot though) ...anyway, Chana (sounds like Shawna) is in the editing stage of her first novel. The title is ONE NIGHT WITH A ROCK STAR. (Now, who ain't gonna pick that one up for a look-see at Borders?)

She's been writing it since last June, and after much prayer and many sleep-deprived nights, the 1st draft was finished a few weeks back. She's now going through the steps to prepare it for "the big pitch" to publishers, etc.

I'm so proud of her, and I'm really happy that she has discovered this creative outlet. If you don't know her already, she's a gifted actress and singer, but she's shelved those ambitions for now to concentrate on our family full-time (we have four kids). Now, she's doing that and has managed to complete her first book! What a woman!
Posted by Mark Keefer on Friday, April 21, 2006

Just wanted to let you know that I found your blog. I don't have one of my own - I've been absorbed into the imperialistic coagulative mass that is ... myspace. Sigh.

Anyway, just wanted to let you know that I'll be reading!

This'll at least keep you up to date on my happenings. Thanks for stopping by, I'll hunt you down too. Next time stay awhile if you want, you can read up on the fascinating world of SOUND FX!!!