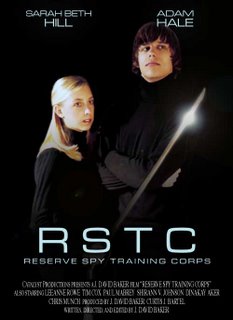 On my off-hours (ha-ha), I've been working on this "indie" film by a friend in OK City named Jon Baker. He's been putting this together for a couple of years now, and considering he has made it for almost ZERO dollars, it's quite an achievement. We should wrap up sound post production in June. It will go direct to DVD shortly after. Be on the lookout for it.
Go check out the trailer on his site, you'll like it. It's a fun kid-spy-movie-with-a-message.